Radio NOVA has announced preparations to run a charity Radiothon for youth homelessness in 2016. The Radiothon will be run in partnership with Focus Ireland and comes on the back of the radio stations 2015 Radiothon, which raised more than €30,000.

Radio NOVA broadcasts to Dublin, Kildare, Meath & Wicklow on FM as well as nationwide via digital and its smartphone app.

More details will be announced by NOVA over the coming weeks. 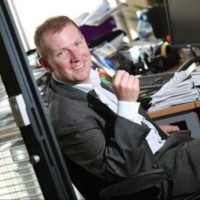 The Radio NOVA Help Our Homeless Radiothon is an annual, on-air fundraiser to help tackle homelessness in the Greater Dublin area. The Radiothon is run by Radio NOVA, with all funds raised collected by and directly donated to Focus Ireland.